It’s continually depressing to see professional denialist Lorne Gunter continue to sap money that could be going to actual journalists and columnists. Yesterday he had this to say:

Over the past decade, global surface temperatures have flatlined. While 2010 was a warm year in the northern hemisphere and 2011 has been warm in much of the U.S., globally temperatures have failed to surpass 1998. Despite all the histrionics about man-made global warming, the predicted temperature rise has failed to materialize even as CO2 emissions have increased. Pat Michaels, a climatologist who is currently senior fellow for research and economic development at George Mason University in Virginia, wrote in the Wall Street Journal in late July, ”there has been no statistically significant warming trend since November of 1996 in monthly surface temperature records.”

That’s great Lorne that you can open the Wall Street Journal, read an economist from the known corporate-apologist Cato Institute (an association Lorne neglects) and decide work of real scientists is bunk.

Let’s actually look at some data to see if Michaels has a clue what he’s talking about:

But that graph looks at too big of a picture, because clearly the earth is getting warmer, instead, lets focus on the latest data (and go month-by-month to screw with the system):

While not as dramatic, it’s not flat. You can see a trend from a 0.3C to 0.6C over the time span. The noise may obscure it for Michaels, but he ought to have learned that this is why climate data is taken over years, not days. Hence why “it’s cold outside” is not an argument against climate change.

But Lorne has an ideology, and he’s going to stick with it:

There’s an axiom in science known as Occam’s Razor: The simplest explanation is the most likely. So what is the simplest explanation for the lack of significant warming in the past 15 years? Man-made emissions do not have as much impact on climate as the United Nations and its vaunted climate models have theorized. It hasn’t gotten appreciably warmer because CO2 from cars and factories is not as much of a “driver” of climate change as many scientists have postulated. Something else is behind climate change.

Lorne thinks the idea that the oceans have sapped up some residual heat is absurd beyond belief. Apparently the man doesn’t realize how much energy goes into the cup of coffee on his desk. He then proposes an alternative:

Now here is Lorne’s Razor: The more desperate someone is to hold onto a theory or belief, the more preposterous their explanations will become.

Which is dripping with bitter irony because in the paragraph prior to this he suggested that cosmic rays from the sun caused global warming!

Just compare the relative preposterousness of the two ideas: water can hold heat or cosmic rays have warmed the planet by a full degree in the past 150 years while you watch this video from NASA demonstrating this year’s record low sea ice level (h/t Phil Plait)

An even more dramatic (and appropriate) picture is to compare the current sea ice extent to the historic average from 1979-2000. If the ocean’s are absorbing heat, we expect there to be less ice: 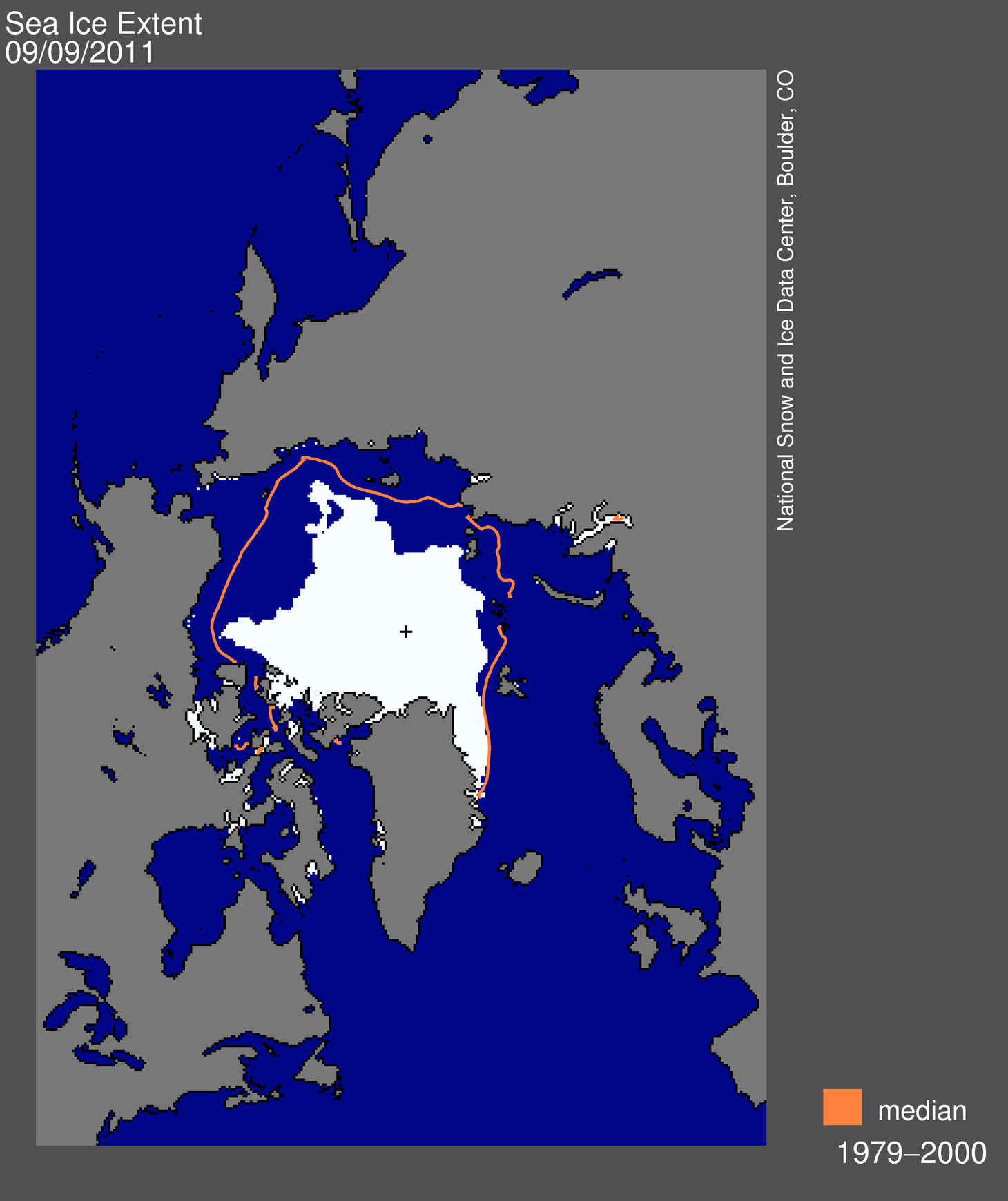 So can we please stop wasting newspaper space on people like Lorne Gunter and start giving it to people who actually want to solve problems?